The National Council for Geographic Education (NCGE) has selected Esri Education Manager Charlie Fitzpatrick for its 2016 George J. Miller award. NCGE, a nonprofit organization with the mission of enhancing the status and quality of geography teaching and learning, grants the annual award to individuals who have demonstrated a lifetime of distinguished service in geography education. The award ceremony will take place Saturday, July 30, in Tampa, Florida.

“Charlie has led the geospatial revolution in geography education since the late 1980s as a teacher, teacher consultant, and Esri employee,” said Zachary Dulli, NCGE chief executive officer. “He’s demonstrated a nearly single-minded dedication to geographic education at all levels, K–20 and beyond. His impact spans national borders.”

“NCGE is a community of people pushing night and day to help others fathom this complex, chaotic, yet patterned world,” Fitzpatrick said. “The George J. Miller awardees are giants in geography education. Like the winds and the waters, they have shaped the landscape of education for every learner in the United States. I’m humbled but honored to stand with them.” 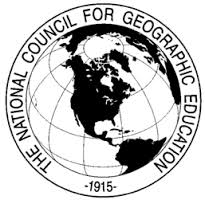 Fitzpatrick’s work in geography education began with his tenure, from 1977 to 1992, at St. Paul Academy in Minnesota, where he earned the NCGE Distinguished Teacher Award. There he mentored students in grades 7–12 to understand the patterns, relationships, and systems of the world.

Fitzpatrick joined Esri as an education manager in 1992, where he works with students, educators, and influencers across the nation. Since 2014, he’s championed Esri’s, ConnectED program, which aims to provide ArcGIS Online accounts, lessons, and teacher support free to every U.S. K-12 school, so all students and teachers can think geographically.

Named on behalf of NCGE’s founder, the George J. Miller Award was established in 1932 to celebrate exemplary mentors in the field. Fitzpatrick is the eighty-fourth award recipient.

“Charlie has been a key figure in getting the technologies of geography into the hands of students everywhere,” Dulli said. “He won the Miller Award because of his tireless efforts and advocacy for geography education at all levels.”