This constellation will be a major leap forward for the Earth Observation industry providing a number of innovative capabilities including:

●      The provision of high-frame rate images with resolutions better than one metre for any location on Earth.
●      The ability to film moving objects such as vehicles, vessels and aircraft in ultra-high-definition colour video.
●      Revisiting the same location multiple times per day with agile satellites that can be pointed to image specific areas of interest.
●      Rapid tasking of satellites to take images or video, and fast data download within minutes of acquisition.

Footage recorded by Earth-i’s fleet of satellites will be available for analysis within minutes of being taken and will improve decision-making and response times in a wide variety of scenarios from change detection to object identification, from disaster response to infrastructure monitoring.

The creation of Earth-i’s constellation starts with the imminent launch of its pre-production prototype satellite which was also designed and manufactured in partnership with SSTL. This prototype will demonstrate and prove technology and processes for the future constellation including tasking, data downlinks to ground stations, image quality and video from space. The five SSTL satellites ordered today are planned to be launched in 2019.

Welcoming the signing of the contract and the imminent launch of the prototype, Science Minister Jo Johnson said: “Some of Britain’s most exciting commercial opportunities are in the thriving space sector and it’s great to see two home-grown companies joining forces to lead the world on Earth Observation technologies. “The Government is investing record amounts in science and innovation and is committed to growing our share of the global space market. The upcoming Industrial Strategy will build on our strengths and capabilities as a nation, and projects like this show what we can achieve.”

Earth-i is at the forefront of an era known as New Space which is being driven by commercial organisations that are able to:

Richard Blain, CEO of Earth-i, said: “SSTL is our long-term supply partner and today’s order is a key milestone for the deployment of our constellation. We’re on track and in countdown mode to the imminent launch of our prototype satellite. This new satellite, and today’s announcement, mark significant progress on the way to a step-change in how Governments and industry use new types of data from space to make better, more effective and timely decisions to improve our daily lives.”

The origin of Earth-i’s constellation lies in the Carbonite 1 technology demonstrator satellite launched by SSTL in July 2015 and still fully operational. The batch of production satellites ordered by Earth-i will be based on the second prototype satellite about to be launched into orbit, but will incorporate significant additional enhancements already in development by SSTL for Earth-i.

SSTL is a world-leading company in the design, build and launch of small satellites. It has pioneered the reduction in the size and cost of satellites making a new era of commercial satellite constellations possible. SSTL’s Managing Director Sarah Parker said: “Together SSTL and Earth-i are creating something truly special: a major leap forward in capabilities for Earth Observation from space. “Earth-i has the team and the technology to deliver on their goals and SSTL’s satellite technology will be a foundation stone for Earth-i’s future success in the emerging market for planetary big data.” 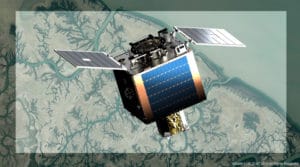