How are Civil Infrastructure Professionals Using Drones in 2017?

The inspection of structures like roads, highways, bridges, tunnels and railroads is a task that can often be made more efficient, effective and safer with drone technology. The traditional costs associated with inspecting these pieces of infrastructure are often so exorbitant that officials will often simply avoid performing the task. That neglect is likely a factor in the new administration’s push to transform America’s infrastructure.

It’s expensive and sometimes dangerous to send a survey crew to monitor changes that take place over years or even decades, but the pictures and videos that can be easily captured by drones are only part of their appeal. Data taken from new sensor technology will open up opportunities related to preventative maintenance that will help resolve issues before they turn into actual problems. Utilizing UAVs also keeps people on the ground and away from the dangers associated with the inspection of structures like bridges and tunnels, regardless of their condition.

For many operators and organizations though, these benefits were all theoretical in nature. While commercial operators could secure a Section 333 Exemption to operate a drone for commercial purposes, many were wary of going through the process and meeting the significant threshold the FAA had established to receive it. With Part 107 becoming the law of the land in the United States in late 2016, all of that changed.

Part 107 removes barriers to entry and establishes guidelines that commercial operators had been asking about for years. For the first time, many professionals are ready to explore how the technology can actually make an impact, rather than simply discuss the potential. Prior to Part 107, many stakeholders were not ready to make an investment in the technology.

This transition has opened up countless opportunities for operators and organizations as they seek to understand the best ways to fully leverage the technology. It’s meant that anyone tasked with performing inspections on structures like roads and tunnels can redefine the frequency at which those inspections are performed, as well as the people and team that are doing those tasks.

How those details play out for operators and organizations in 2017 will impact what adoption looks like today and in the future. 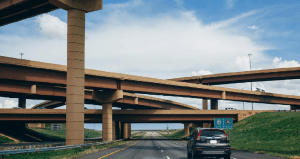 Creating Value with Drones Under Part 107

Far and away the biggest issue in the commercial drone space for the past several years has been around regulation. The FAA Modernization and Reform Act of 2012 laid the groundwork for the creation of rules that made sense for the commercial operation of drones, but the fulfillment of that promise did not come until Part 107 became official in August of 2016. Prior to that, securing a Section 333 Exemption was the only option for commercial operators, and the requirement that a UAV pilot had to be an actual pilot created a huge barrier to entry for many individuals and organizations.

That barrier is something Jennifer Wells, State Bridge Inspection Engineer at the Minnesota Department of Transportation, saw firsthand. Her team is responsible for managing the Minnesota bridge inspection program, and conducting fracture critical inspections statewide on both the state and local system. She immediately recognized the potential of drone technology to help in those efforts, but also experienced the challenges associated with doing so from a legal perspective.

“Regulation was the true barrier to widespread adoption, along with our own state regulations and apprehension of the governor’s office initially,” said Wells. “However, through our research at MnDOT on the use of drones in bridge inspections, the extensive value shown in efficiency, safety, and cost could not be ignored. In fact, we were 1 of 16 projects chosen by AASHTO as a high-value research project.”

The American Association of State Highway and Transportation Officials (AASHTO) plays a key role in efforts to help states address top concerns and identify solutions at the state level. The value of drone technology shown by Wells and her team is a perfect example of the sort of solutions that organization is looking to showcase in order to educate officials across the country.

Examples of this kind of value have been out there ever since UAV technology debuted, but in many cases that value was not something stakeholders wanted to explore because of he requirements associated with a Section 333. It was an issue Michael Cohen ran into more than once. As the President of Industrial SkyWorks, a commercial UAV and data solutions company, Cohen has already seen a shift in terms of how stakeholders view and approach what they can actually do with a drone.

“The opportunities that were theoretical in 2015 and 2016 will now be realistic in 2017 thanks to Part 107,” Cohen said. “I don’t think Part 107 creates new opportunities, because the thinking has been done. We’ve been able to lay out how drones create value, and those things will now start to be actualized. We’re going to be able to test whether or not the value propositions we’ve identified are in fact true. Can we monitor pipes? Can we look at infrastructure?”

Part 107 and specific demonstrations of value like the ones Wells is able to document will help compel many buyers to move forward with commercial drone technology this year. However, questions of what they’re actually getting and what’s actually being delivered from a drone are being asked. With regulation no longer standing in the way of deployment, operators need to have those answers. 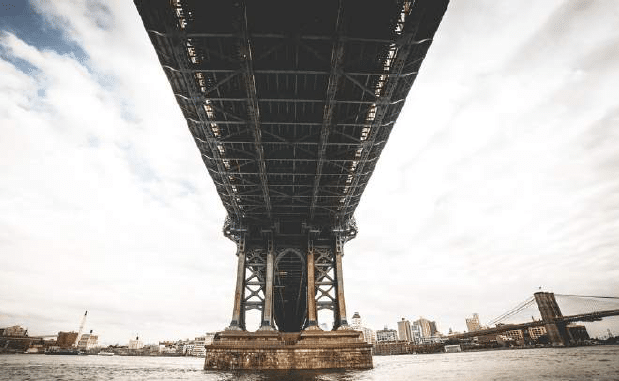 Build Your Own Drone Program or Outsource to Service Providers?

As the implementation of commercial drones transitions from a theoretical question into a practical issue, the logistics of exactly what that transition looks like are being raised. The impact UAVs can have in terms of efficiency, safety, and cost have in many cases been fully explored, but the best way to actually see those results is often an issue of implementation. What that implementation looks like can vary from one organization to another.

Richard Celender is a vice president with Pittsburgh-based Civil & Environmental Consultants, Inc. (CEC), which provides design, construction, maintenance, and repair of all types of manmade and natural storm water systems. He has seen firsthand what sort of questions and issues come up in terms of drone implementation, especially when it’s an issue around building a drone program internally or hiring service providers.

“I have met with a number of our clients to discuss this very issue,” Celender said. “Most have decided to stay clear and just use a service provider. One client told me that he did not want the headache of starting a program, training staff or hiring a remote pilot, crunching data, and maintaining all the equipment; that’s my job he said. Other clients have developed a hybrid system, where they will conduct emergency inspections, gather data for volumetric calculations, etc. and then engage us to post-process their data and perform larger-scale inspections or mapping projects.”

The desire of organizations to not have to deal with logistics like staff and insurance are obvious, and the hybrid system that Celender mentioned can provide organizations with a best of both worlds situation. In many cases an organization can utilize service providers until they have the in-house expertise to handle everything themselves. However, issues around experience and scale cannot be overstated.

“We have over 20,000 bridges in Minnesota,” said Wells. “It may be difficult to utilize just DOT staff for drone inspections. The initial cost of a high quality drone for inspection purposes, and keeping up with the technology and managing a fleet could be daunting. We anticipate that at least for bridge inspections, we may use a combination of our own drone program supplemented by service providers.”

The question of building a program versus hiring service providers isn’t a case of “either/or”, and what works for one company might not work for another. Those differences can even extend to projects themselves, which makes it all the more important to consider these kinds of details as conversations around what makes sense for and with a drone shift from paper to the real world.

The questions and issues around how drones impact the privacy rights of the people they’re flying close to have been a topic of discussion since the early days of the technology, and they’re still being talked about. While some professionals continue to deal with pushback around how the technology could be misused, many are focused on how we might see that type of thinking evolve.

“I am optimistic of that attitude changing,” Cohen said. “When the technology hit the commercial world in 2013 and 2014, a lot of the discussion was about privacy. The technology does afford some disreputable members of our society with an opportunity to invade someone’s privacy, but so do cameras with zoom lenses. People aren’t going to shift their ethics because an opportunity a particular technological advancement creates.”

Drones have the ability to take pictures of people’s homes when they’re flying over or near them, but so do satellites. It’s an issue that needs to be addressed, but it’s also an issue that was around before drones, and will still be around when new technological developments open up other opportunities for misuse.

As those issues and concerns work themselves out today, many professionals are considering the implications of what uses that go beyond Part 107 will open up when it comes to inspecting large structures. Beyond visual line of sight (BVLOS) operations will enable entirely new use cases and opportunities.

“The ability to operate BVLOS will be a game-changer for operators, especially in the utility and oil and gas industries where linear inspections are required,” said Celender. “This would also benefit our mapping services. We recently mapped 1,000 acres and had to set up 6 missions to cover the area so we could maintain LOS with the unit. Being able to reduce setups, takeoff and landings, etc. would cut flight times in half.”

Where regulation and the technology takes the commercial drone industry tomorrow is an exciting thing to consider, but under Part 107, there is plenty to learn about and work through today.