Challenge
CSDS’s mission is to build partnerships with customers and equip them with the best tools available to optimize productivity and efficiency. These tools can range from a builder’s level or advanced laser scanner to GNSS service. In 2003, it became clear to CSDS that their customers would greatly benefit from a real-time GNSS network (RTN) to address issues with UHF radio distance and frequency limitations, as well as with the challenges of finding secure locations for customers to set up their GNSS base stations. Many of their customers were using a single-base RTK but a real-time network provides more coverage, with fewer staff and less equipment required than an RTK.

Establishing an RTN would enable CSDS to provide real-time correction data to their customers and other GNSS users over a broad geographic area so they can achieve up to centimetre precision. Users of real-time networks don’t require an RTK base station or radio-equipped rover. This results in savings on hardware costs while achieving results on par with single-base RTK in their surveying and mapping applications.

Solution
CSDS chose Trimble when considering an RTN. Trimble’s Network Operations team has deep experience in designing, building and operating real-time networks for enterprises all over the world. They have an in-depth understanding of how to optimize RTN performance and understand the intricacies of round-the-clock operations. One stage of developing the network involved finding suitable locations for the multiple GNSS reference receivers that would make up the RTN. The locations needed to provide adequate coverage and spacing to ensure accurate positioning and efficient operation of the network. Morrison’s research involved visiting different Northern California cities to gather information on the local landscape, climate, data communications and power supply resources.

“I needed locations with a clear view, no trees and no metal buildings,” he says. “I learned my way around some cities better than most of the people who live there.” The I-5 corridor was especially challenging because of its remoteness and lack of reliable Internet connectivity, he says. At the time, Internet access was limited to DSL. 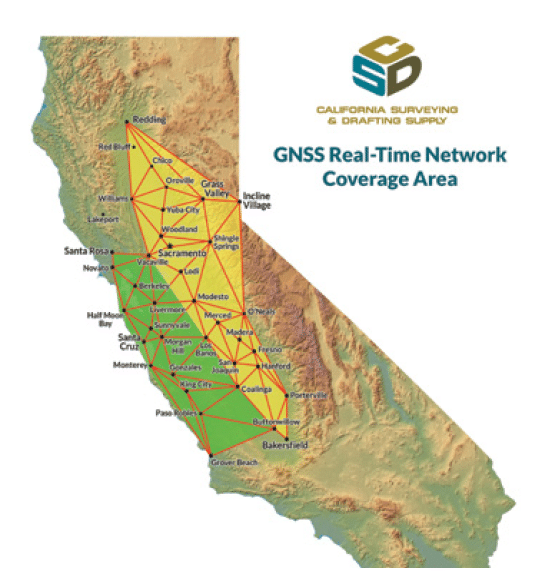 Result
“In Northern California there are many weather-related power outages but because the network operates using a virtual server farm in Sacramento, it has good redundancy in server operation,” Morrison says. “This ensures accuracy and availability regardless of power failure. The server farm is constantly monitored so customers don’t lose signals at a critical time.”

In addition, the network detects issues at any of the individual reference stations making it quick and easy to resolve technical situations in the field. Beyond improved availability and reduced equipment costs, the RTN also reduced labor costs for CSDS customers. “It typically takes two people to do a survey, but an RTN requires only one,” Morrison says. “Previously, surveyors needed extra equipment such as a base station, which they had to set up. One person would then stay at the site to protect the equipment.

With the RTN, a single surveyor can step out of the truck and be working in a couple of minutes.” Morrison says most customers realize average savings of $32,000 a year using the RTN corrections. CSDS’s real-time network is about 93,000 square miles and covers an area from Redding to Bakersfield, making it California’s largest GNSS network. It is managed by a dedicated IT staff and uses Trimble RTX technology for positioning support, redundancy and additional integrity monitoring. CSDS offers daily, monthly and yearly RTN subscriptions, which include 24/7 real-time corrections. 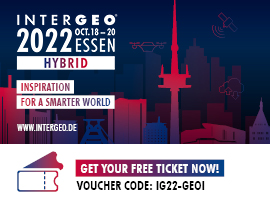